Murghab had surprised us by its isolation, but our next stop, Karakul was even more so! There were so many white capped peaks along the way, some shrouded in cloud, some glistening in the sun, every one of them glorious. The Toyota climbed to 4,655m at Ak-Baital Pass, it is still almost unbelievable that we are actually driving through this landscape!

A very long barb-wired fence designates no mans land…China is just over the hills!

Karakul sits at 3,914m, a town of whitewashed homes, next to the lake, which was created by a meteor…must have been a huge one! Soldiers guard the border here, not that there is a crossing…just the very long fence, with occasional gates and bent wire. We thought it was going to be cold here, but it wasn’t. There were about 20 other travellers at the guesthouse. A German couple riding tandem; a Welsh lady, riding solo, who was teaching the kids English while she recovered from a bout of sickness; and assorted other Americans, French and Russian speaking people who all had their own tales to tell. We seem to be the oldest…which makes me feel much better, when I hear about their aches and pains! 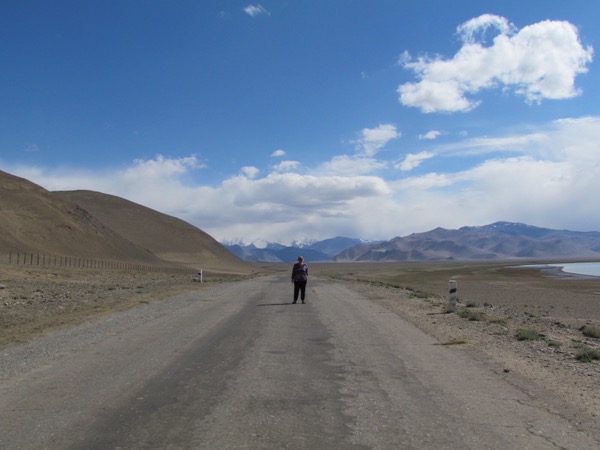 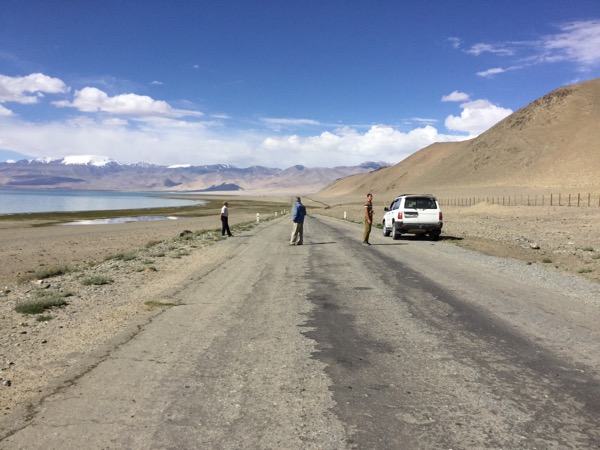