Mapping the journey…from Beijing to Beijing

Just to sum up the three and a half month journey, it has certainly been an adventure! Language difficulties have been overcome;  many roads have been bumped along; all trains have departed as expected; unknown foods have been consumed; maps have been read, misinterpreted and at times correctly followed; recommended places have gone(always check the date of blog entry!); smelly shoes and worn out clothes have been discarded along the way; hours and hours have been spent wandering around towns and in museums; the kindness of strangers has truly been appreciated and we have gained a greater understanding of the hardships and determination of early travellers along the various branches of the Silk Road!

Often it’s the unexpected things that make travelling so enjoyable. Just saying hi to people and smiling when they look curiously at us…and we have loved seeing magnificent sights and watching extraordinary people ~ a fabulous combination!

We nearly missed our connecting flight in Kuala Lumpur. The plane was supposed to depart around 2am and didn’t leave until half past three…we only had an hour and a half between flights, and had to bang on the departure lounge door to be allowed in! Phew! We had to move fast between gates (of course they were at opposite ends of the terminal), anyhow we made it!

So ends our Central Asian travels, thanks to the hundreds of people who helped us along the way. The world really is wonderful! 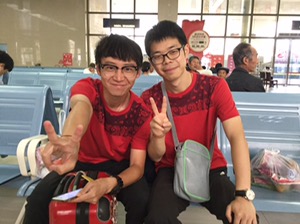 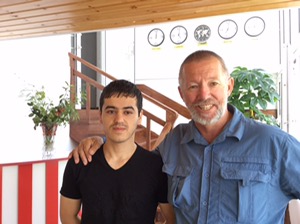 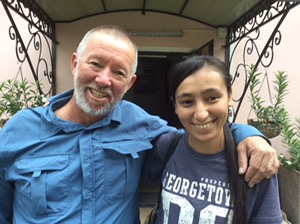 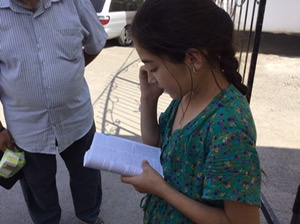 Asking for help In Kazakhstan

Our driver Bataar and his boys, Mongolia

Grandma and grand-daughter in the Gobi Desert, Mongolia