Shuffling along through the bush with the San

Last night we arrived in Ghanzi at Trailblazers Bush Camp. The group has expanded to twelve people…two Norwegians, four Germans, two Italians, two ex-pat South Africans now living in the US and us. After dinner we watched the San bush people doing some dancing. The people no longer live a nomadic lifestyle or dress in their traditional outfits. But they dress up and put on an educational show for us. They were quite old and I wonder how much longer the ancient ways will be remembered! They also took us for an early morning bushwalk and showed us various herbal remedies…fascinating and very enjoyable. 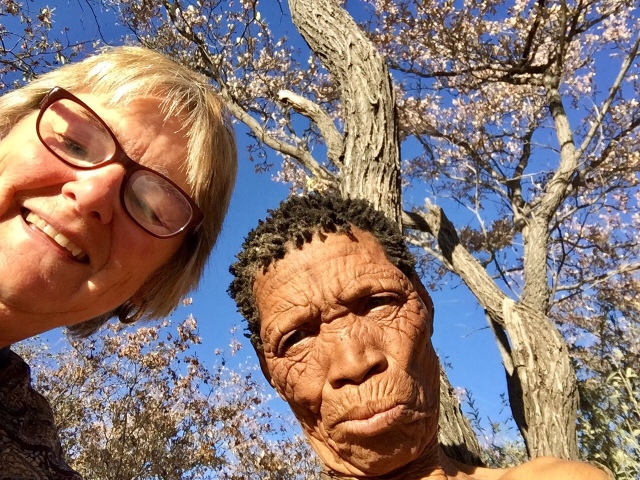 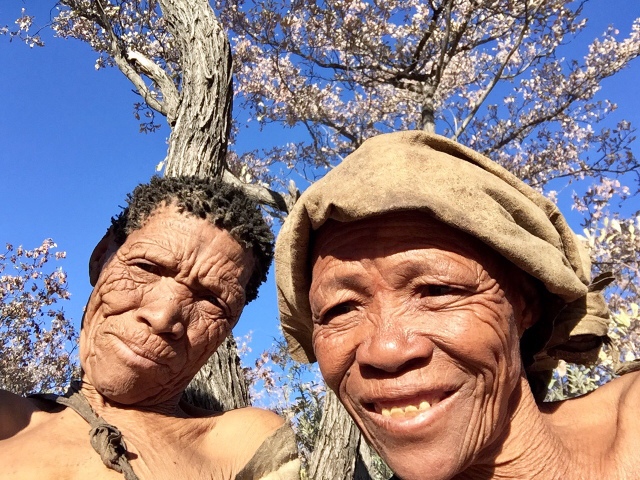