Yesterday we had a visit from the head of the region. He came to present the top students in years 6-10 with a certificate signed by the king! A very important occasion. We were invited to meet the VIP by standing next to the Principal…very privileged! The kids sat from 1:15pm until almost 4 in the school hall. All five hundred including the infants! They did get a bit fidgety towards the end of the speeches, which were in Dzongkha…but were remarkably settled. 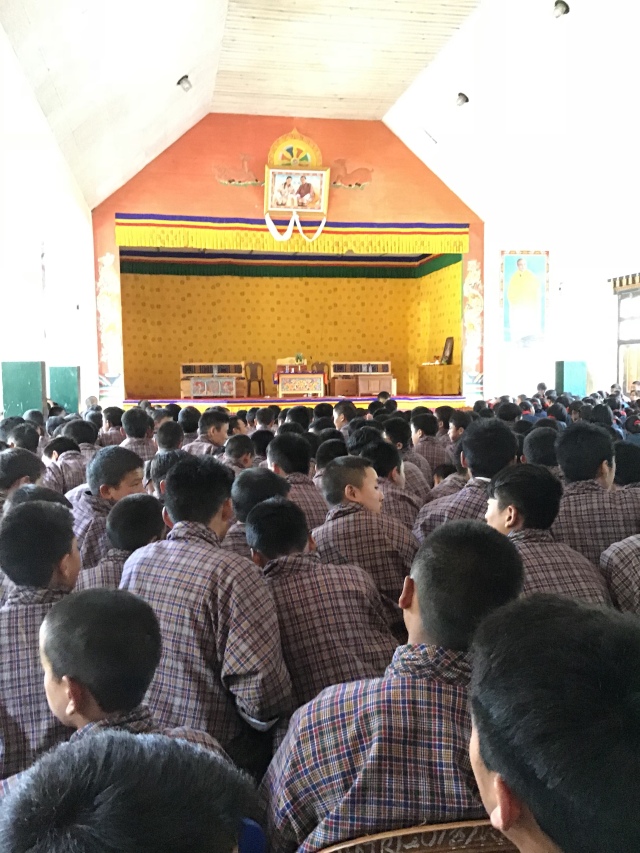 Many of the students are very shy about having their photo taken, but they are always keen to see themselves after we take a photo! 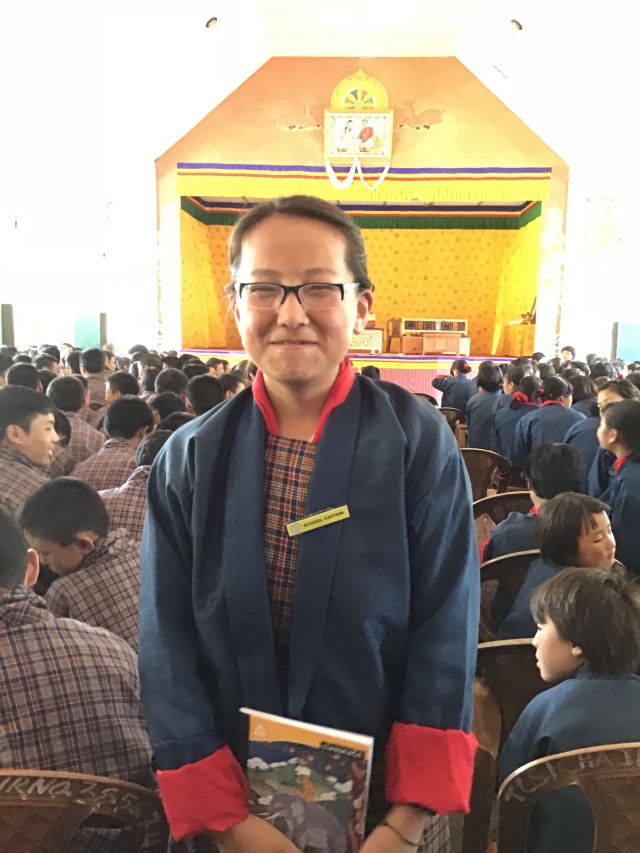 The stage was beautifully decorated and the Principal performed a short welcoming ceremony, before one of the head teachers, Leki continued as master of ceremonies.

The senior students performed a number of rhythmic dances…I wanted to join in, but it wasn’t the right time or place!

The teachers lined up outside as the VIP left, I think they breathed a sigh of relief when the formalities were over! 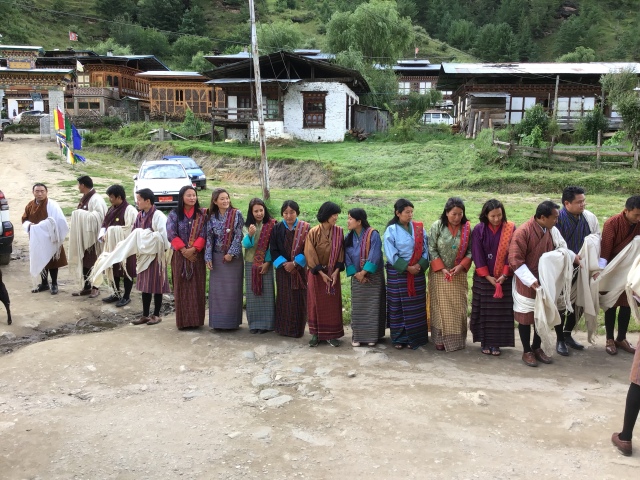 The top student with his message from the king, enlarge the pic to read it, I thought it was wonderful!

Meeting the VIP who is similar to our member of parliament. He is in charge of the Bumthang Valley (Dzong)

6 thoughts on “Special assembly at school”