Farewell to the students and staff

Barb and I asked if we could do some dancing with the kids on the last day. So we had the Infants and Primary line up in the assembly area and the sound system ready to blast out some tunes…then the power failed! Having 200 kids hanging about waiting wasn’t going to work, so while Barb, Tashi, Leki and the school electrician tried to fix various problems, I taught the kids the Hokey Pokey and the Macarena. 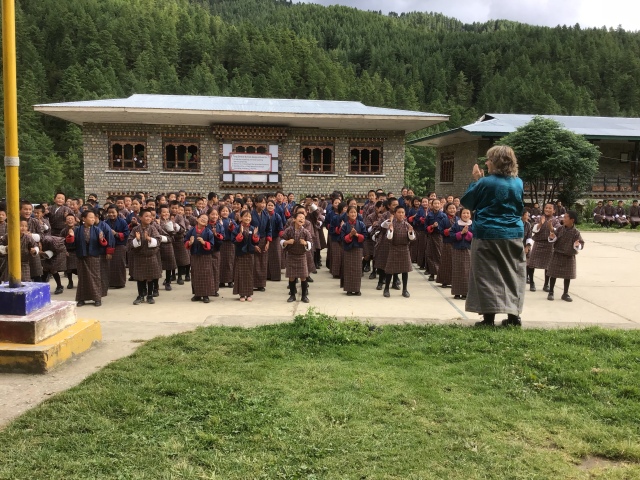 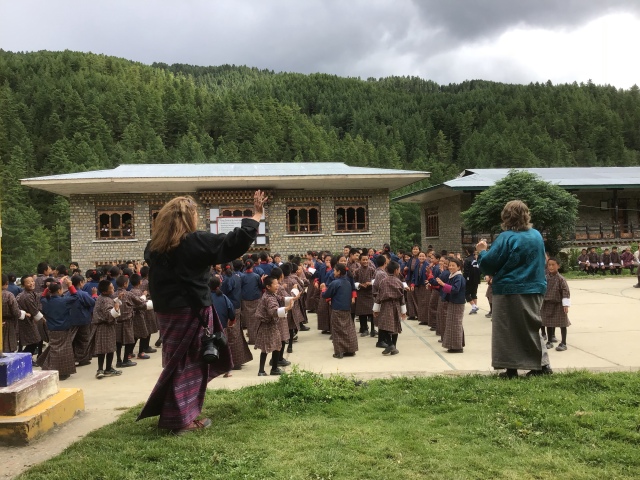 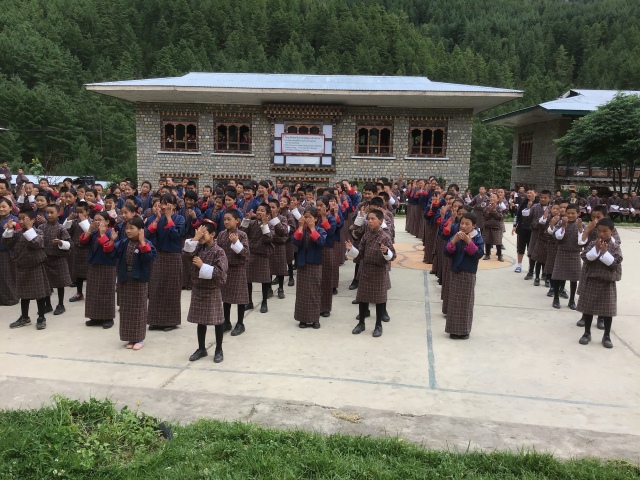 When we finally had some sound, one of the teachers took a video of the Chicken Dance. The rest of the teachers and senior students were all standing or sitting around the edge of the playground quietly chuckling to themselves ( I think!)

It was so much fun, and it was great to see all the kids laughing.

The following morning we were leaving for Ura Mushroom Festival. The teachers have a tradition of driving a few kilometres to a grassy spot and having tea and snacks with the teachers who are leaving. What a lovely idea! So at 7:30am, many of the staff made the effort to join us on the mountain. 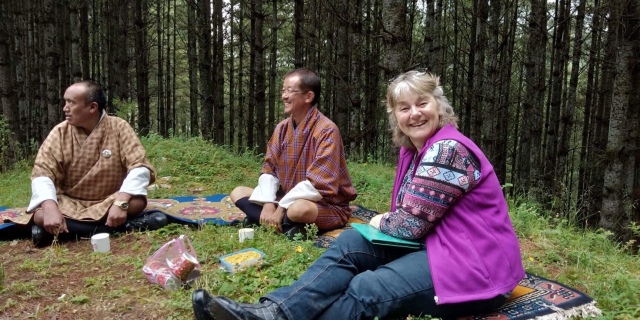 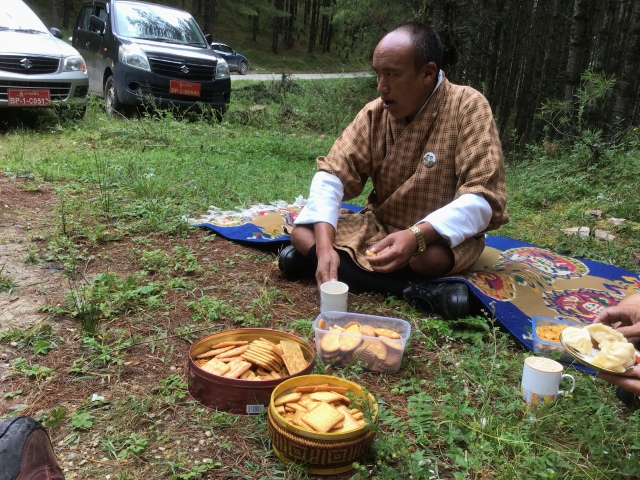 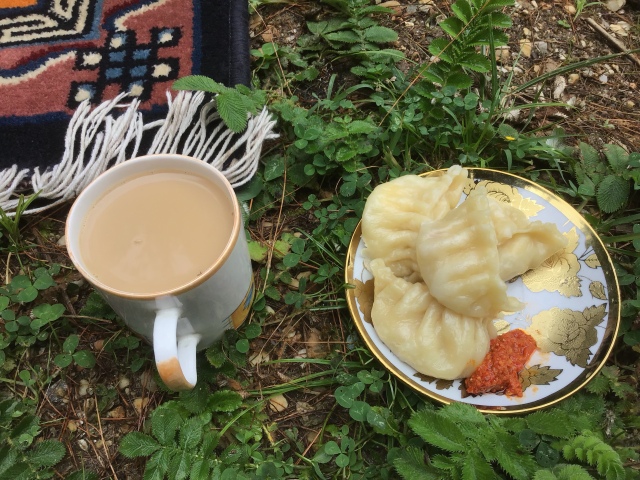 The principal asked us to say a few words, which Barb did; by this time I was feeling quite emotional, so the best I could do was to sing a few lines from The Sound of Music…so long, farewell, aufweidersen, goodbye! 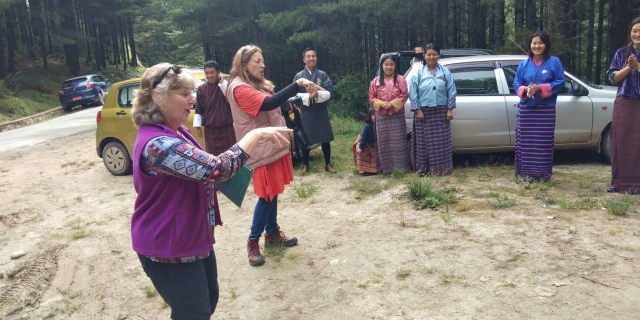 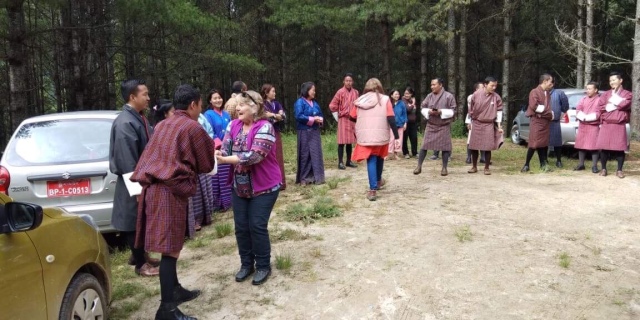 2 thoughts on “Farewell to the students and staff”