Last night we went to Laguna Beach and saw how the Americans celebrate Halloween! With gusto! Whole streets are closed off, neighbourhoods are decorated and families come out in droves.

Lionel dressed in one of Trev and Stephanie’s Sasquatch outfits (he was the only one, we just looked boringly ordinary). When we arrived the first child we met said “Chewy” from Star Wars in case you didn’t know! Next one thought he was a bear, one other said a yeti, and there was one little girl who just stood and stared at him for a while! 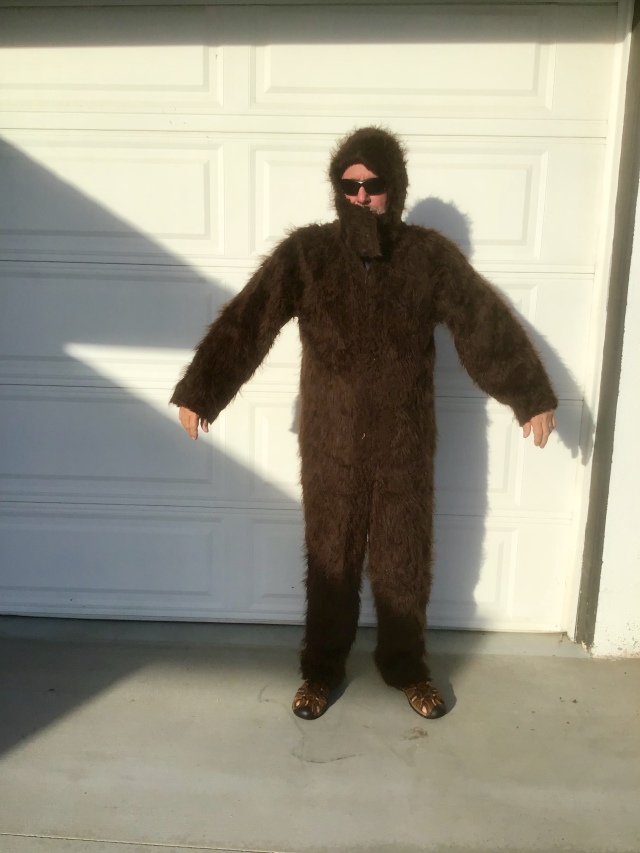 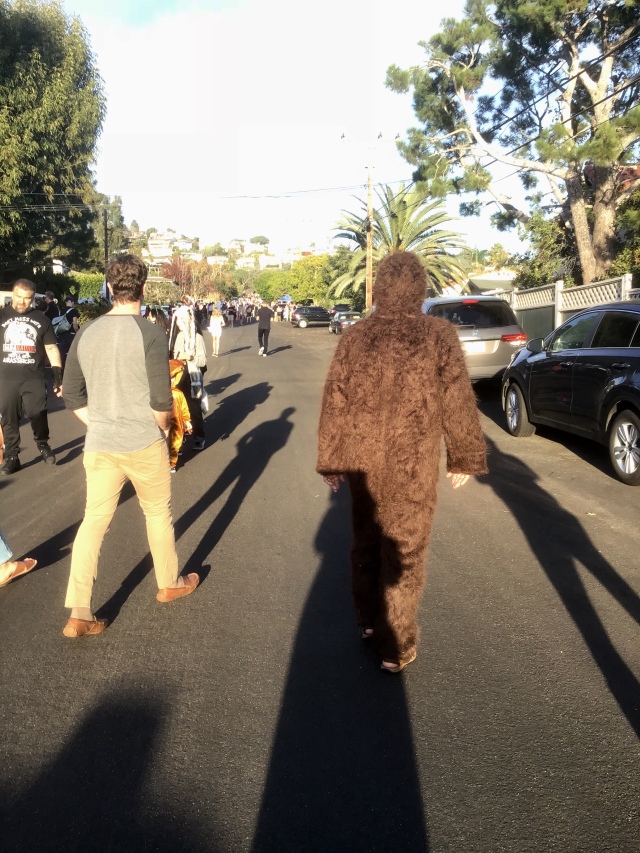 The outfits were amazing! Here I was expecting everyone to be dressed as ghosts and witches, but anything goes! Whole families dressed to a theme such as Wizard of Oz and Red Riding Hood.

The house decorations were fabulous, people went to a lot of trouble, most set up tables in the driveway or near the fence so the kids don’t actually go to the door. 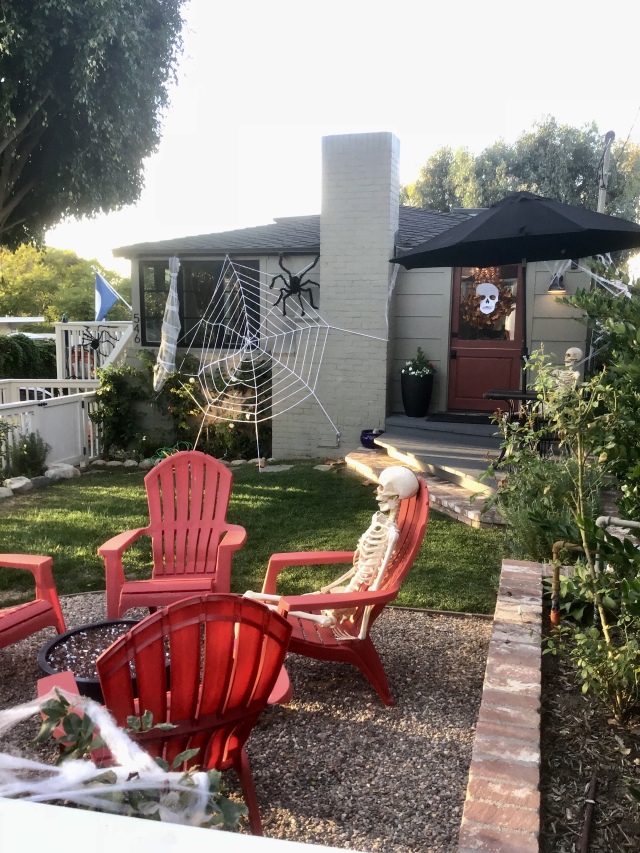 There was one House where you walked around the garden and everywhere you looked there were skeletons and ghouls…it had a high front fence and if I was 8 again, the adrenalin would have been pumping! It was fantastic! 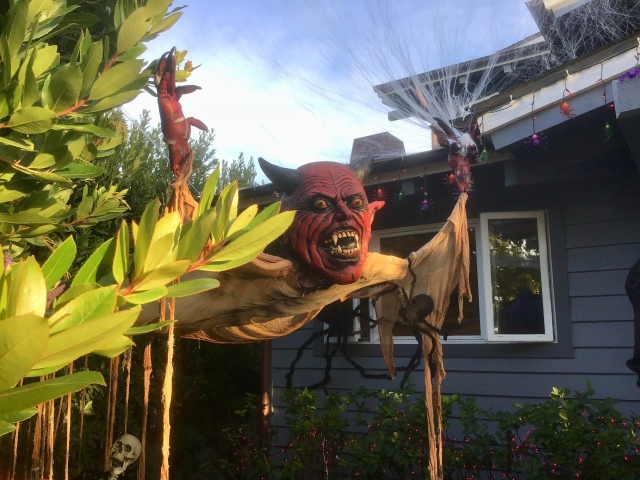 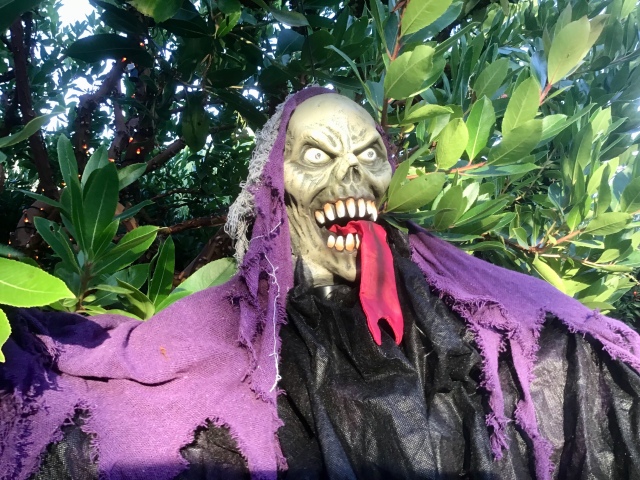 And then there were the dinosaurs and other blow ups, hilarious watching them walking about and bumping into each other. 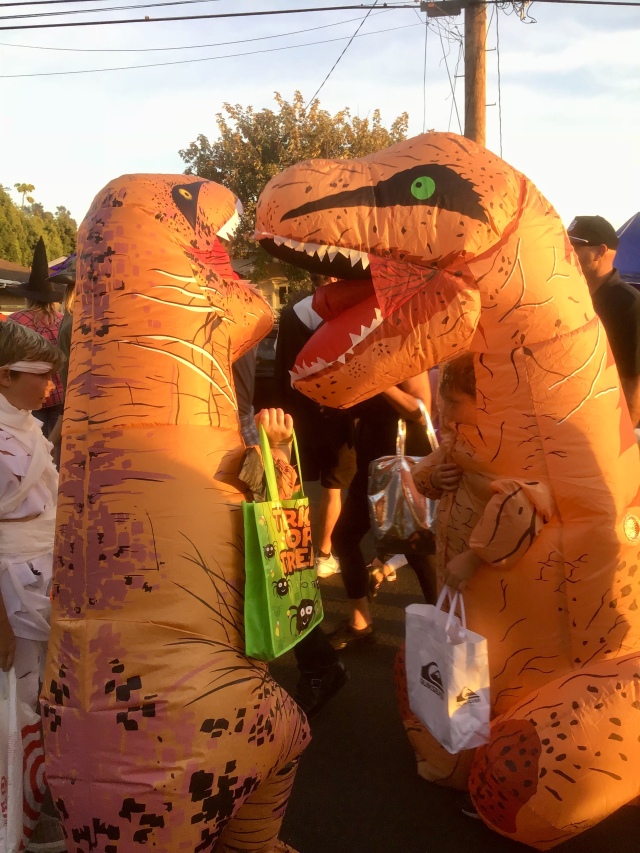 Everyone was having such a good time, for me it was a beautiful Autumn evening out and about, just taking in all the fun and frivolity. I’m not much of a dress up lover, but I think I could definitely learn to be!