Instead of driving for about 10 hours over the mountains and rough roads, we took a 25 minute flight to Jakar…About an hour and a half from our final destination Tang Central School. What a flight! One minute I was watching trees loom close to the plane, then we banked and I was looking up at blue sky! Another short runway, and then we landed. The control tower and luggage collection were unusual, but the whole trip in went very smoothly, even though it hasn’t stopped raining since we arrived…well for a few short hours. 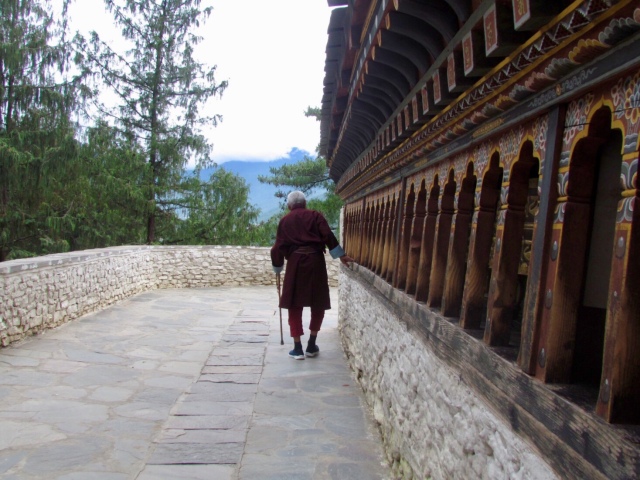 This is a temple in Thimphu, the old man was walking round and round the prayer wheels. It was so peaceful. Inside a family was receiving a name for their baby from the monk. The monks were chanting, it was mesmerising. 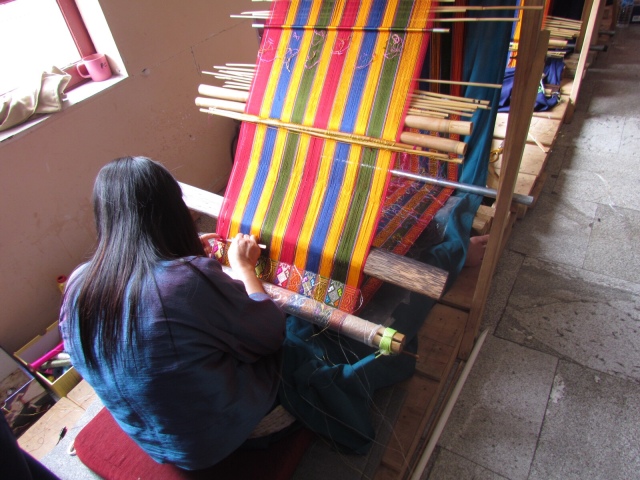 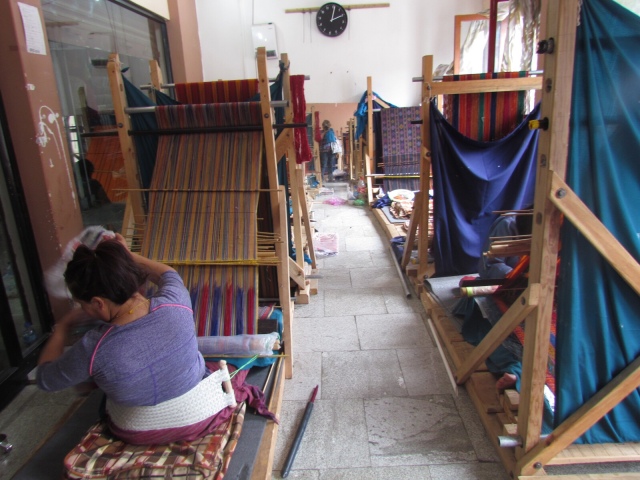 The women worked for many weeks to create these beautiful pieces. Many of the women were divorced, so this was their major source of income. There were 160 more women working in their villages for this business.

2 thoughts on “Onto Bumthang Valley”