Rolling on the river…

We caught the Greyhound from Memphis yesterday and rode all the way to New Orleans. Passing through Mississippi, then Louisiana there were a number of songs that came to mind as the countryside passed us by…

The bus ride was also very amusing. I sat opposite a lady who had lots of bags, coffee and her own pharmacy in her pack. She started singing “Dock on the Bay” and Lionel and I joined in…she was quite surprised! Also told us “you ain’t tasted the best catfish until you’ve caught it straight from the Mississippi” and that’s what she was planning to do! She left the bus at Catfish Corner in Granada I think it was. 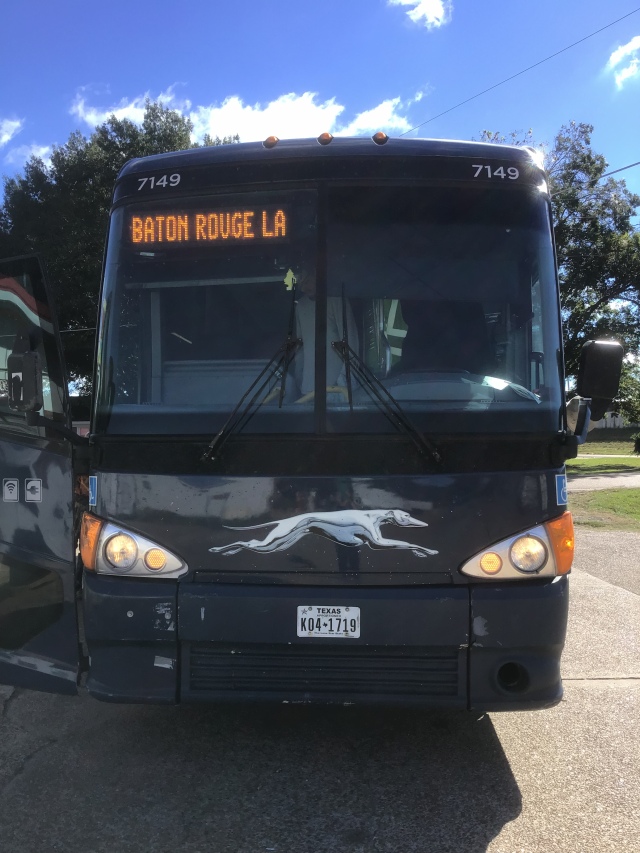 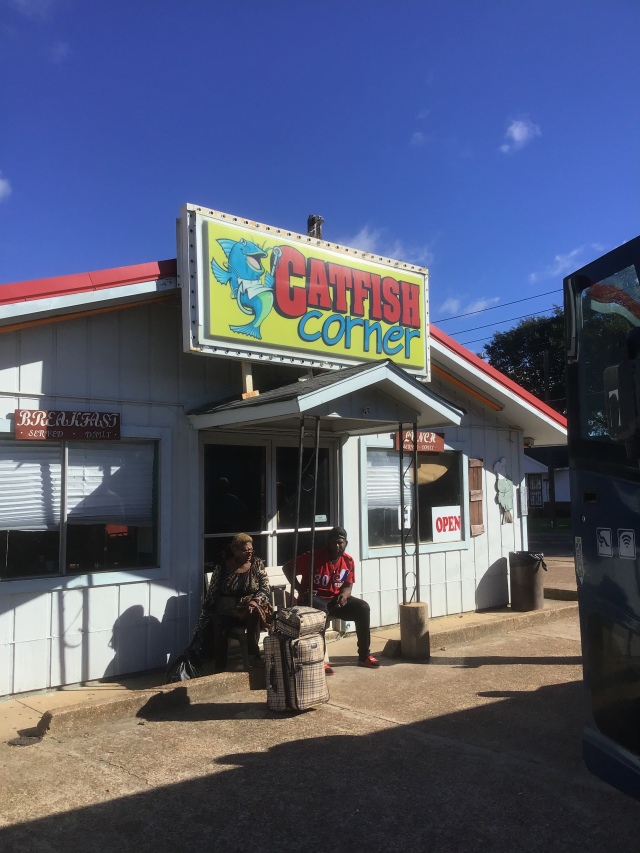 Our next chat was with a young fellow who was heading home to Biloxi. Unfortunately the buses weren’t going that far, due to the hurricane, so he was probably going to be stuck in Jackson for a while. He also showed us the gunshot wound in his foot…he got this while living rough in Chicago. We didn’t ask anymore about that!

As the bus drove towards New Orleans (NOLA or the Big Easy) the swamps on either side of the raised road increased. Once again just like in the movies! The tides were up because of Hurricane Michael, but the late afternoon sun made the water glimmer. It was beautiful.

So we arrived at our hostel and felt like the most ancient people on earth, until we met some other oldies also staying. Last night we stayed in “Voodoo” right next to a bubbling pond. Today we moved to a quieter room, a bit further from the action. 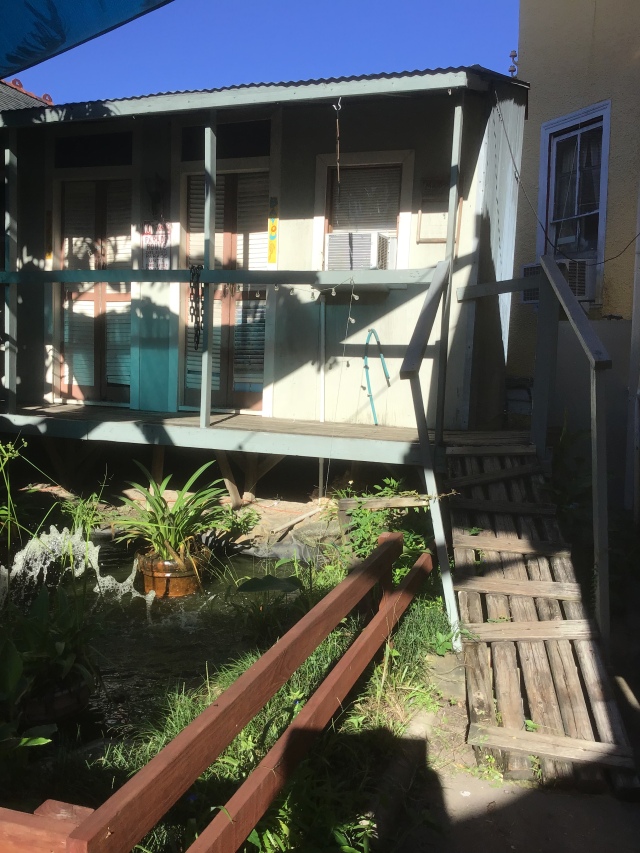 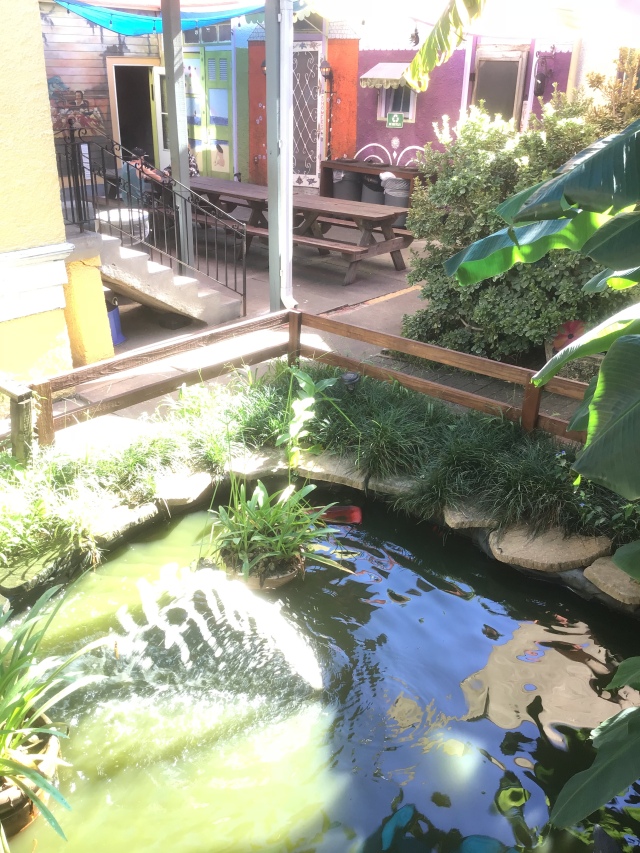 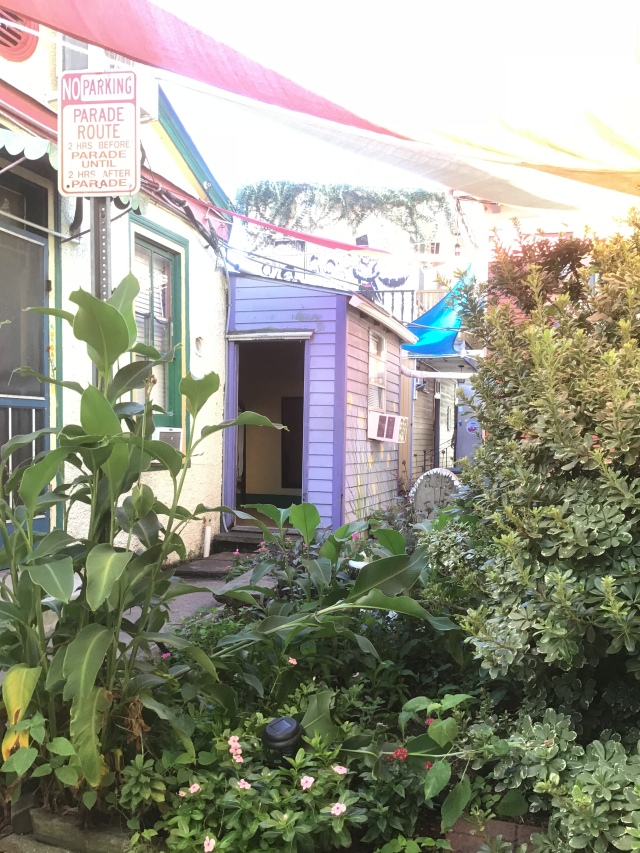