After a very long day in the bus, we finally arrived at the edge of the sand dunes. There were hundreds of camels (dromedaries-one hump) sitting patiently waiting for the tourists. It was about 6pm, late afternoon, if you looked ahead you might have felt alone in the desert! But behind us, a whole (seemingly chaotic) collection of cameleers, buses, tourists, hotels and cafes lurked! 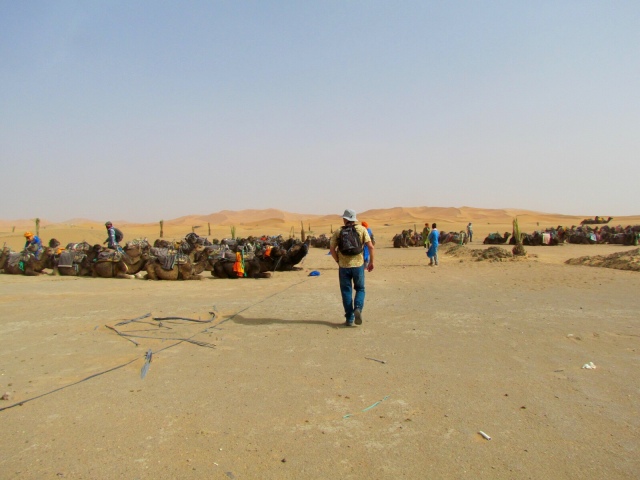 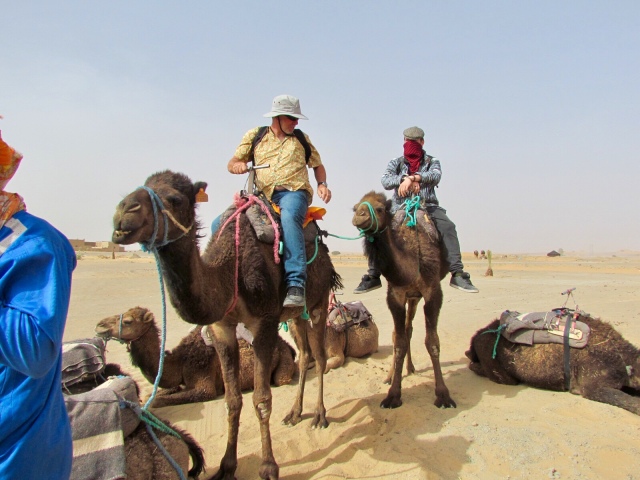 On to a camel…with a very wonky saddle, nowhere to place your feet, and a metal t-bar to hang on to with all my energy! How was I going to take the iconic photos I had envisaged?? 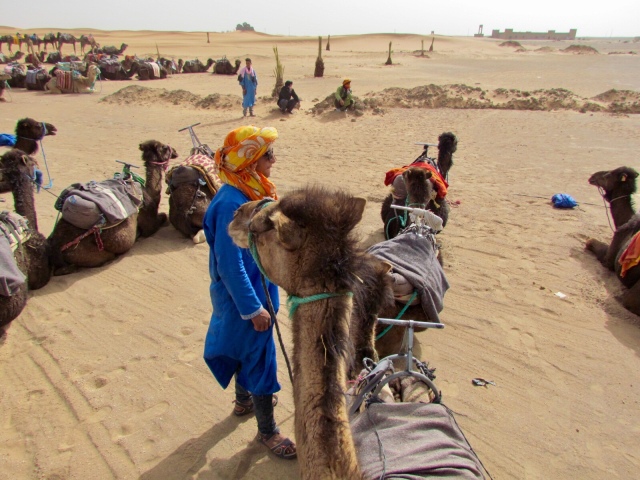 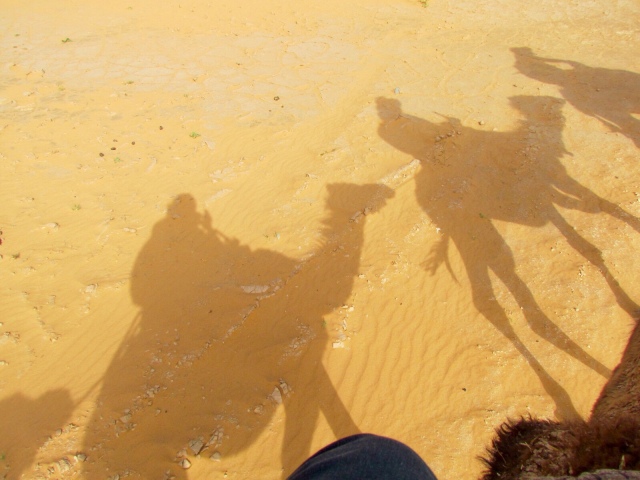 The ride was a short one, five camels linked together, plodding along the rim of the dunes. So quiet, except when one of the camels gave out a snort every now and then. We did a circuit of the dunes, which was quite enough for me, slid off the camels and then trudged across to the tents. 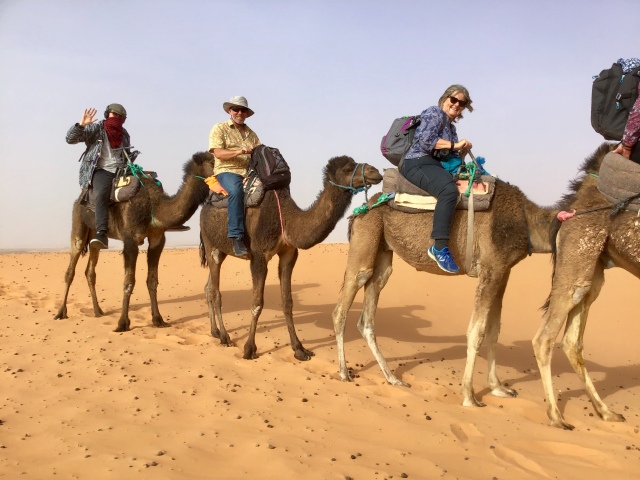 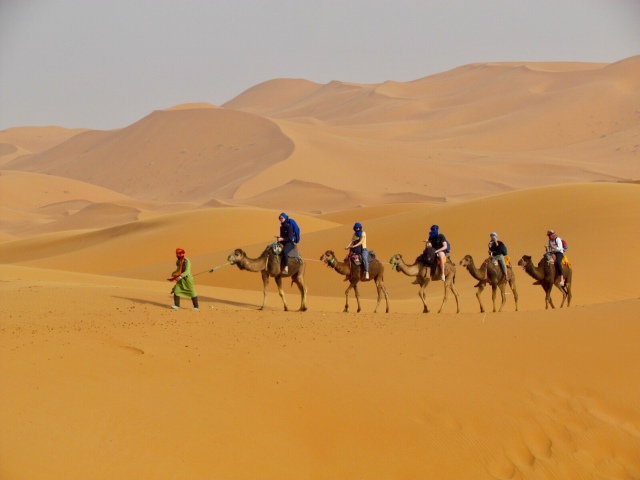 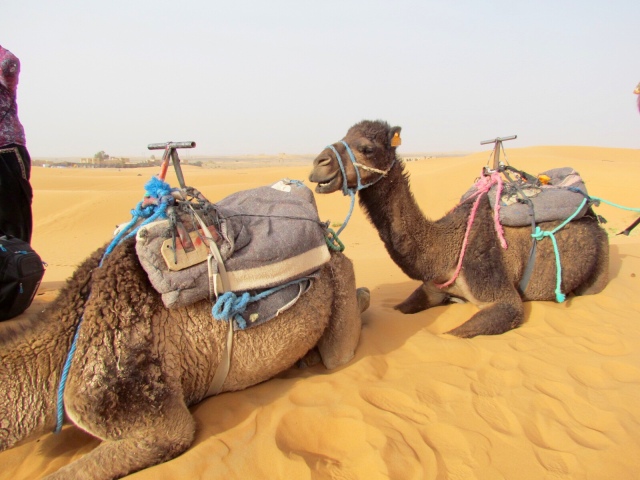 There was no one giving us any information, just a gesture pointing to a tent with six cosy mattresses side by side. Five of our group entered, and about 15minutes later a random fella from another group was sent in! (He did leave later to bunk with his mates.) 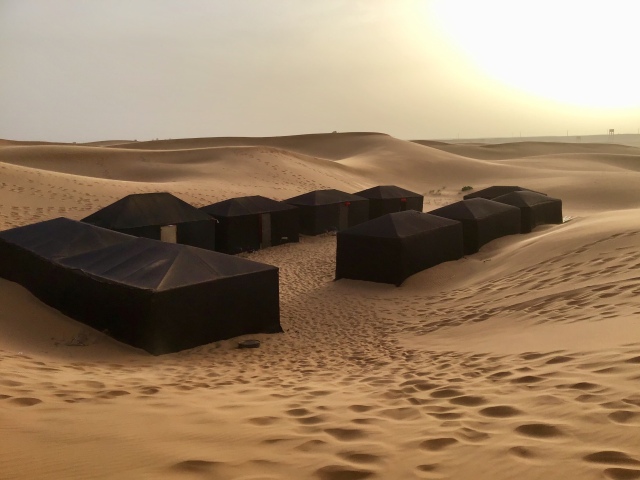 We had no idea when dinner would be served. So we just gathered around the tables after the sunset hoping someone would direct us. Sure enough they did, and we had a great meal of Harira soup, vegetable and chicken tajine and the juiciest oranges I have tasted in quite a while. Dinner done, wandering in the sand dunes, hoping to see some spectacular stars (cloudy night) and to bed at about 10pm. 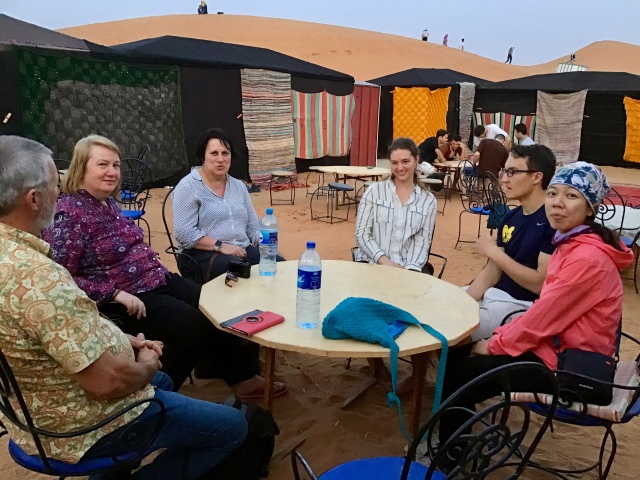 The toilet situation for 50 people was not the best, I expected pit toilets, but if you were lucky they flushed! Finding a private sand dune in the morning for a squirt seemed a much better option!

After breakfast our hosts just pointed us in the direction of the car park and we walked back to the bus. No sunrise camel ride for us! (I wasn’t that disappointed.) 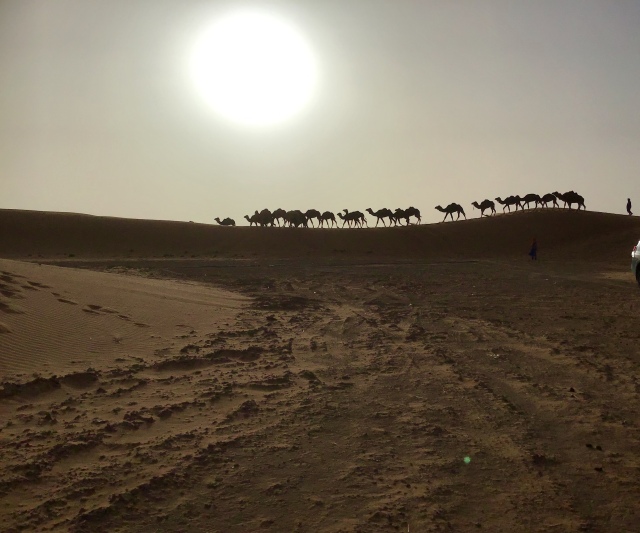 The sand was so soft and cool, and it wasn’t nearly as cold as we had expected during the night. Even though there were people all around us, we could find our own sand dune to sit and ponder on…and we still had a small taste of what life in the Sahara might be like for the Berbers. Certainly a renewed appreciation of the value of water!

One thought on “Erg Chebbi”