The day we arrived in Meknes, every taxi seemed to be already taken as there was a huge agriculture show on, and the taxi we finally caught needed to go the long way round and charge us more for the privilege! Well it was true, and he spoke English so we didn’t feel too put out!

Once again it took us a while to find our Riad…if only they had pointed us in the right direction to begin with! It was certainly worth finding though…you just can’t imagine what lies behind the rusty metal doors that lead down the lanes to the beautiful Riads. 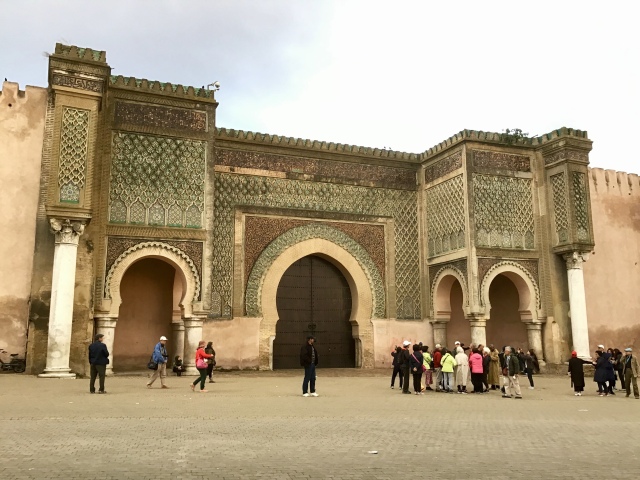 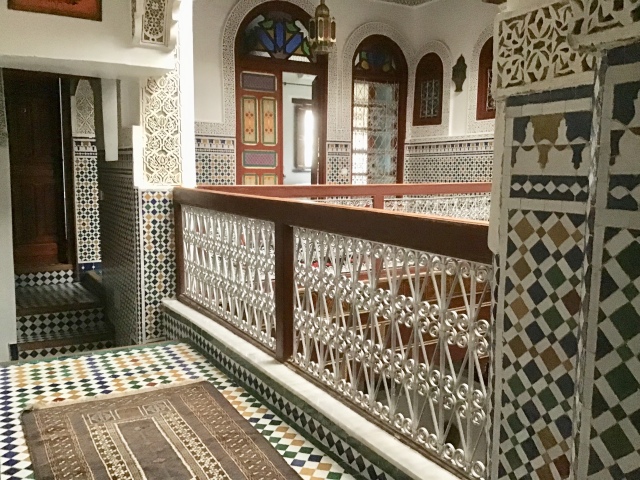 We stayed at Dar Meknes Tresor, a magnificently renovated family home, that has only been in the hotel business for a couple of weeks. Downstairs, the original wooden beams and decorations have been retained, while the upper levels have all been refurbished in a traditional style. We had a room at the top of the stairs, which was close to the rooftop, where you could sit and gaze across to other interesting parts of the town. 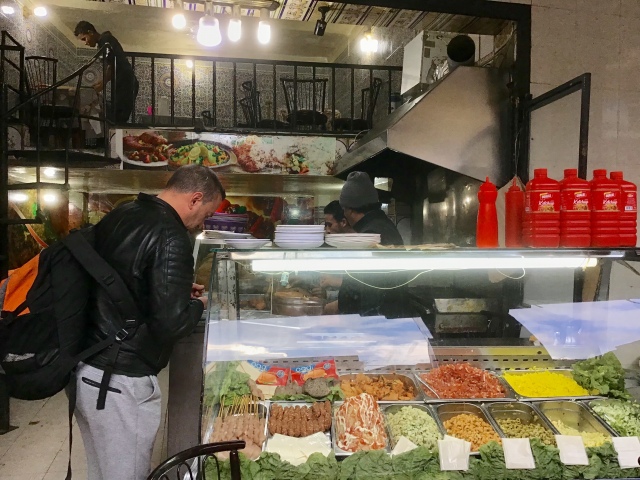 We ate in very simple cafes, and the food was plentiful and fresh, although not spicy at all. This is a surprise, considering the variety of spices for sale in the markets. We spent a day wandering around the old town and a few hours at the huge Agricultural Show (it was free).

It rained each afternoon we were there, one minute the square would be full of people selling, buying or just hanging about, it would empty quickly as people sought shelter under the awnings of the many outdoor cafes on the edge of the square. It’s cooler than I expected and some days I think I have had about five layers on!

This guy appeared to be floating! Just one of the many weird and wonderful characters in the square…we couldn’t work out how he was doing it…but he was rather padded.

Not many people speak English and we are often misunderstood, but we usually manage to find someone who can help us (without expecting baksheesh).